Epidemic of Facial Malformity and Gokhale 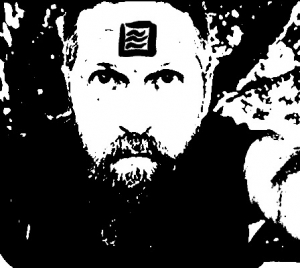 Somehow a few years back I ran into some information about facial malformation. A majority of modern humans have poorly aligned teeth and misshapen faces. As a person grows their face develops according to the environment and their oral habits. We start out with a certain genetic potential and if our habits/environment don't allow us to realize that potential we end up with abnormal faces, which are now unfortunately normal. Modern orthodontics treats the problem, but doesn't understand it or seem to want to. The most common wastebasket theory seems to be genetics, but I think that is wrong. Another is the nutrition theory put forward by Weston Price in his book Nutrition and Physical Degeneration. I'm most inclined toward Michael Mew's (linked below) theory, or maybe his in combination with Weston Price's. The video linked below is a fascinating discussion on the problem, the state we are in now and possible solutions, which, like gokhale, basically primarily involve mostly good habits for daily activity with some corrective measures. For many it is too late to acheive their genetic potential. It is all too common for people to be missing 8 teeth at the back of their mouth because they have neither wisdom teeth or premolars which have been distracted to make room in the crowded mouth instead of enlarging the mouth as it grows to make room for them.

I think that posture must certainly effect changes in facial structure, but there i also a vicious cycle where facial malformation drives us into poor posture. The common narrowing of the arch and narrowing of the airway at the sinus passages encourages a head forward posture to open the airway. I spent most of my life as a mouth breather (in the literal sense ;) with bad kyphosis. I learned by force of will to breath through my nose most of the time, including during sleep, but it seemed impossible to adapt to my restricted breathing at first. My arch is so narrow though and as a result my airway, that if I achieve the most stretched neck and head back posture ala Gokhale, my airway is uncomfortably restricted.

A common assertion by modern orthodontics is that once past 18 the face and skull can no longer be shaped and moulded. That is not true. There is a small culture of functional orthodontics that does just that and is able to manipulate the bone structure and change bone shape by light consistent pressure at any age. If I could afford it I would RUN to have this done and open up my arch which I know would make my life a very different experience. At this point, there is basically not even room enough in the roof of my mouth for my tongue which prevents proper oral habits and placement of the tongue at all times though I do my best. There is a profession called orofacial myology that teaches the normal or restorative habits that shape faces. Simply by adopting these in the young, their faces can be reshaped and normalized as they grow, in combination with functional orthodontics as needed. Functional orthodontics strives to work toward creating a normal shape and width of the face to grow as much as possible into the genetic potential of an individual. The system I would use is called ALF. They work in combination with an osteopath to try to make sure the changes hold. Putting together gokhale, functional orthodontics and orofacial myology is a no brainer. They are basically working on the same problem and ultimately with the same approach of reclaiming natural habits that shape our bodies the way we were meant to be outside of the modern paradigm.

Watch this video. It's fascinating. I can't think of a single kid of any of my friends that has hit 13 without modern orthodontics plying their barbaric trade and lining their pockets without seeming to care what causes the problem in the first place or how it might be prevented. When I tell people my mouth is malformed and needs to be reshaped they look at me like I'm crazy. Everyone buys the theory that you face just turns out how it turns out. Not true. We are in a preventable epidemic. The cost alone should make it a national health emergency, let alone the intangible ways our lives are affected by going through them with abnormally developed faces. Or course posture habits must have similar permanent effects on our bone structure. Maybe you guys know about this world already, but I just wanted to make sure. Every orofacial myologist and functional orthodonticist (is that a word :) should know about Gokhale and be recommending it to help achieve and retain proper facial form. I hope there can be a union between these disciplines that will help a lot of people.

Finally, like posture, normal facial structure if more beautiful as evidenced by this before and after picture and many like it. 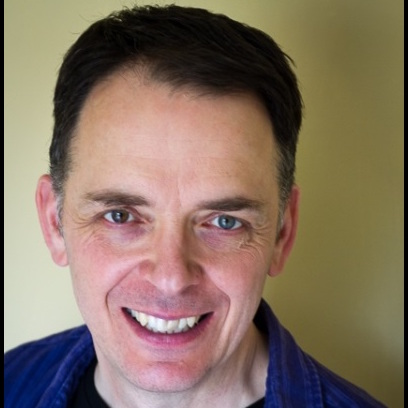 Hi Stephen, thank-you for sharing Mike Mew's approach to orthodontics.  Returning to our traditional/ancestral form is such a rich source of inspiration in so many areas - it shows us what is truly normal for our species, something often clouded by what is average in our culture. I remember a long session in a dental hospital having a lower wisdom tooth removed wondering how our ancestors coped without modern medicine, I'm no orthodontist but this looks like a convincing answer.

Understanding what is the ideal form for us as humans is very powerful, but given that might not be our starting point, it is best to move gradually towards that ideal, not try to leap there in one go - dont be too hard on yourself. Its great to hear you are inspired to work on your head and neck position using the Gokhale Method.  This area is often a relatively slow changing area, its best to too something between what you are used to doing and the ideal - a small change in your posture over many hours is very powerful.  It allows the body to heal in an organic web like way.

As I write this I am stack sitting with one of Esther's head cushions on my head, a very natural way to work towards our natural alignment. To start with I used a couple of tea bags for half a moment then built up gradually from there - always let comfort be the measure, increased discomfort is a signal to back off or change something.  Any sense of constriction in the airway is not a good sign.  It would be great if you could get hands on instruction from a Gokhale Method teacher, there is only so much words alone can convey.

Dr. Mike Mew's brilliant and transformative work is called "orthotropics." It is difficult to find an orthodontist or dentist that practices orthotropics, but it's a life-changing difference. I traveled to London from Portland, Oregon to have my son assessed by Dr. John Mew (Mike Mew's son) after a traditinoal orthodonist's treatment hurt him. I'm appalled at how traditional orthodonists continue to deny the logic and results of Dr. Mew's methods. (Backstory: A traditional orthodonist harmed my child through rapid palate expansion, which cracked the bridge of his nose. Also, he was so focused on aligning the teeth that he forced my son's bite backwards and caused TMJ compression and pain.)

After my son's success, I had my palate expanded at age 46. After a lifetime of neck and back pain, I finally had some relief. My straight neck started to develop a normal curve and my T3-T4 vertabrae were able to move for the first time that I can remember. I always had rigidity through those joints. Allowing space for my mandible to move forward unlocked those stuck vertabrae.

If you're on a budget, I'm recommend finding a functional orthodontist who will make you a three way expander (that will expand the palate and push the front teeth forward) then go very slowly - maybe 1/2 turn a week. In time, your bottom teeth will adapt to the new position. Just having the expander has helped me significantly - enough that I don't feel that I have to complete the entire treatment.