"It's Really Quite Phenomenal:" Cecilia's Story

Cecilia* didn’t expect to develop disabilities in her early 40s. She had led an active life, working as an academic in a competitive field and enjoying intense activities such as rock climbing, camping, hiking, kayaking, Iyengar yoga, Crossfit, and running. She even flew glider planes for fun. In her own words, she has an “extreme personality” — she pushes herself hard in life and seeks out challenging situations, whether working or playing. 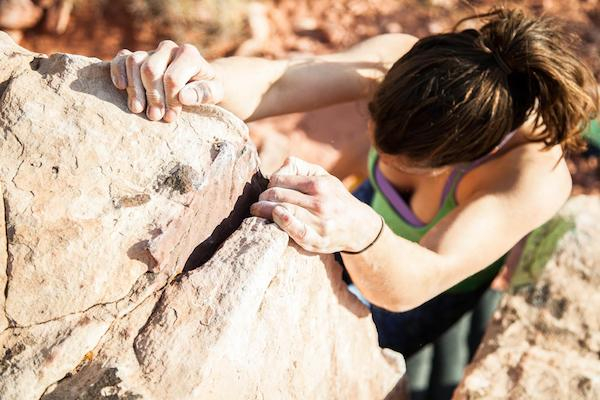 Cecilia describes herself as an “extreme personality” and once enjoyed such intense outdoor pastimes as rock climbing, among others. This all changed once she began a law degree and bar exam preparations. Photo courtesy Brook Anderson on Unsplash.

Cecilia used intense physical activity for relief from persistent stress and anxiety in her demanding life, but her body bore the brunt of that intensity. She began to notice that she was frequently injured and in pain, and her healing process was unusually slow. Sitting in a chair and walking became increasingly difficult. The problems worsened when she began law school. As her degree progressed and the bar exam approached, the range and intensity of her symptoms increased dramatically. She had always been active and followed common guidelines for health. What had gone wrong? 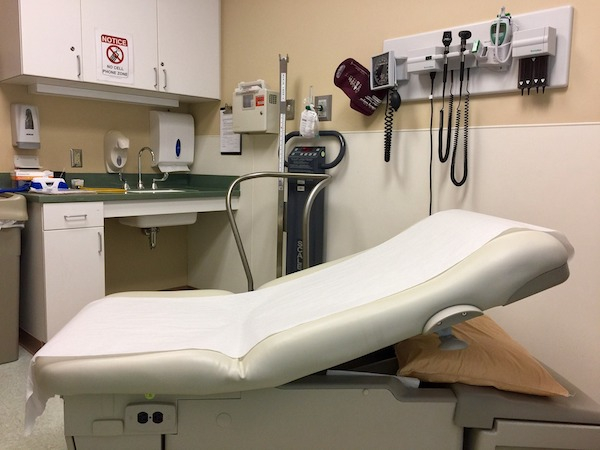 Cecilia has seen an array of specialists she calls her “team.” She now includes Esther Gokhale on this list. Image courtesy Anne Karakash on Pixabay.

Over time, Cecilia amassed a supportive team of conventional and holistic medical practitioners who ruled out several conditions and found others. Her symptoms read like a laundry list. Unusually severe joint injuries and pain caused by relatively minor trauma. Poor balance. Extreme, chronic pain and fatigue, worsened by sitting and progressing to the point where all she could do was lie on the floor. Sizeable ovarian cysts which, thankfully, turned out not to be cancerous, but still required surgical diagnosis and monitoring. Infertility. Poor sleep quality. No arthritis, but indications of inflamed nerves and nerve roots. Persistent and severe irritable bowel syndrome (IBS), flare-ups of which often required Cecilia to spend 10 or 12 hours a day in the bathroom and left her ravenous and exhausted in her own body, unable to digest the food she ate. At her self-described “lowest points,” Cecilia sometimes woke up to discover she’d had an accident in the night as she slept. She recalls resenting a homeless person asking for money outside the pharmacy — they, at least, were able to obtain nourishment from food, unlike her. She felt ashamed of her accidents, her feelings, and her predicament.

Law school exacts a physical and psychological toll upon even the healthiest among us. Over the course of a few years, Cecilia went from extreme thrill-seeker to someone forced to use a mobility scooter to walk her dog. Both sitting and walking caused pain. Unless something changed, she didn’t know how she’d physically be able to sit for her bar exam, the culmination of her grueling law degree program and the gateway to her new career. 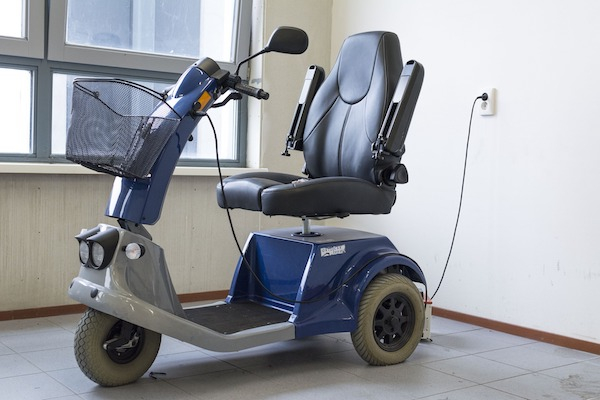 All of Cecilia’s individually challenging health concerns emerged and were diagnosed over the past few years, but it was having to depend on the mobility scooter, along with extremely slow-healing contusions to her bones found on X-rays, that spurred her toward a deeper investigation of the root cause of her problems. One of her doctors’ recommendation for pelvic floor physical therapy and a potential diagnosis of spinal arthritis (spondyloarthropathy) eventually led Cecilia to investigate posture training.

A postural approach to chronic pain

In childhood, she remembers her mother reminding her to “Stop slouching!” and to “Stand up straight!” However, what it means to have “good posture”, in terms of the technicalities and which muscles to utilize, has only started to become clear recently through her work first with another posture training method and now, with the Gokhale Method.

Like many Gokhale Method students, Cecilia first encountered Esther’s approach to posture through her book, 8 Steps to a Pain-Free Back. Some time before her symptoms reached their maximum intensity, she attended a Free Introductory Workshop, which was helpful, but as she was traveling frequently cross-country, her posture ended up on the back burner. She also didn’t initially think her posture could be related to her symptoms. 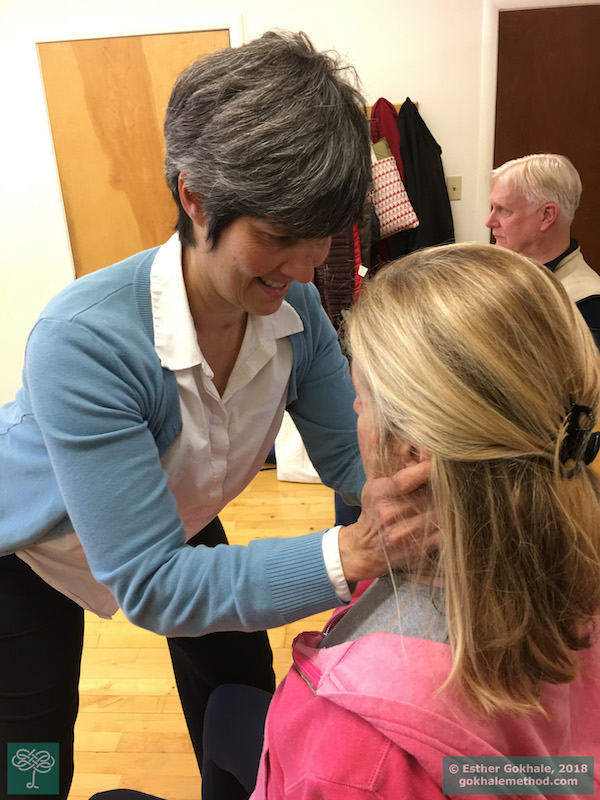 Esther in action, teaching at the Birch Street Studio in Palo Alto.

In contrast to Cecilia’s other posture training class, which focused mainly on relaxation, the Gokhale Method brings an array of techniques and real-life skills to the table. It also offers multiple props to assist those techniques, as well as innovative wearable tech. Each lesson is structured and specific: each micro-movement is broken down and clearly communicated, and Cecilia is given guidelines for followup practice and exercises. The curriculum continues beyond the studio and is incorporated into daily life.

Cecilia finds Esther’s teaching style especially noteworthy. As a teacher, Esther is compassionate and gentle, not judgmental or pushy — a particularly helpful demeanor for someone like Cecilia who has pushed herself very hard her whole adult life. Esther’s nonjudgmental attitude toward her students allows Cecilia to embrace where she is, here and now. “Esther really sees this as a process,” says Cecilia. “Each class is a process.” And it would be silly, she says, to think of that process in a judgmental way. This focus on learning, acceptance, and growth contrasts dramatically with the more typical American attitude, so exemplified by Cecilia’s pursuit of a law degree, an industry which idealizes perfection and punishes “underperformance” with shame and guilt. 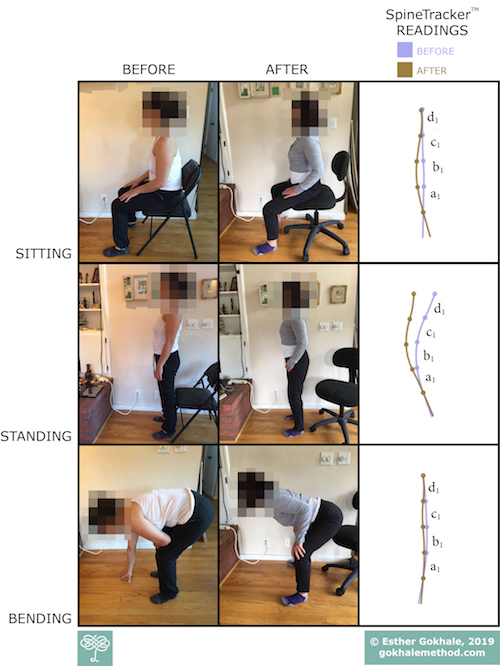 Cecilia’s notable progress is evident in these photos and SpineTracker readings.

Cecilia finds it easy to progress in the nurturing environment of Esther’s lessons, and is able to refrain from berating herself about her ability level. She’s even experiencing gratitude to be stressing about her upcoming professional licensure examination, a grueling, three-day ordeal. "Considering everything that’s happened,” she feels “really fortunate." Were it not for her improved symptoms, Cecilia wouldn’t even have been able to consider sitting for the examination in the first place. She says, “Esther’s teaching me flexibility.” As is evident from her changing attitude toward her own body and ability, that flexibility is clearly not limited to the physical. 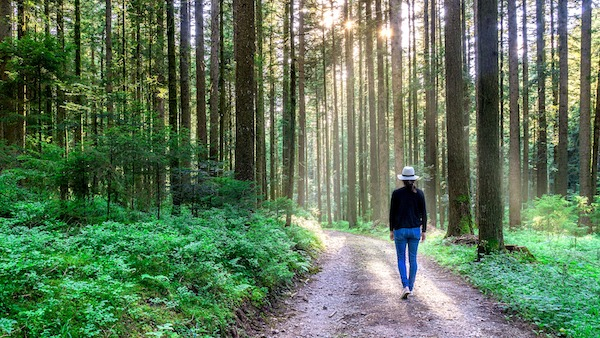 Although she hasn’t returned to her extreme outdoors activities, Cecilia credits the Gokhale Method with helping restore her ability to walk without pain. Photo courtesy Simon Lehmann on Pixabay.

Hope for the future

As Ceclia’s posture improved, her symptoms also improved.  Her joint pain started to improve after beginning posture training in October 2018. Since taking private lessons with Esther in early 2019, Cecilia hasn’t experienced significant joint pain. Her joint and ankle issues have mostly subsided, and her upper back pain is reduced. When pain does occur, she now knows how to use her breathing to manage the pain better. She can now walk her dog for 2 miles at a time without any pain. Her IBS has gotten more manageable, though she still has occasional flare-ups. Cecilia is optimistic that her posture training will continue to benefit her various symptoms.

Cecilia’s case is unusually complex and challenging. When she has time, she still practices medical qi gong and gets acupuncture, though she’s had to scale these back as she prepares for the ordeal of her bar exam. In addition, she continues to get sports massage and chiropractic treatment and follow a therapeutic diet for her IBS. In her own eyes, Cecilia still has a great deal of work to do and a long way to travel on this path. But things are looking up. She hasn’t needed to used her electric scooter for several months. And she’s on track to take her bar exam. She wouldn’t have been able to say that a year ago. 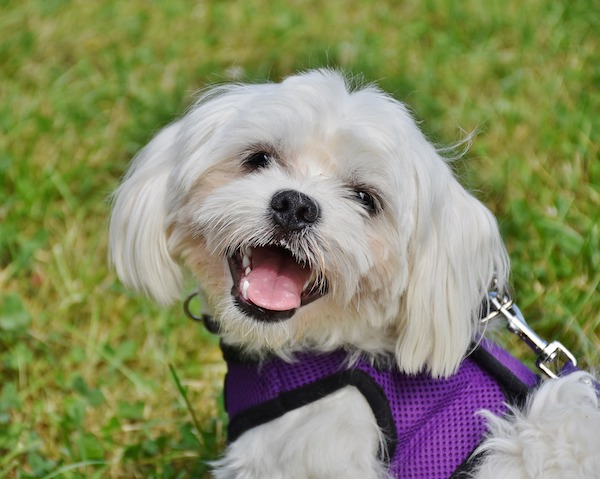 Cecilia’s dog benefits from her owner’s improvements, too! Image courtesy RitaE on Pixabay.

Tags:
back pain
debilitating back pain
chronic pain
stress
walking
Like what you read and want more? Sign up for our newsletter!

Recently, i'm working on meditation with some mantras, and one of this is the ancient word Karuna, it means "comprension and compassion".

This unique characteristic of the human beeing is wonderfull when irradiated  and riverberated throug our hearts!

It's great to know another healing is happening!

Interesting and hopefull story. Thanks to the Gokhale Method !

I would like to add that Feldenkrais  and Anat Baniel method ( based on feldenkrais) can be an exellent way to relearn forgotten movements, that we learned as babies and kids. Many of us lose flexibility because of "forgotten" movements by the mind-body system. Than our movement system loses " dynamic stability" and pain and problems arise. At the website of Anat Baniel research can be found.