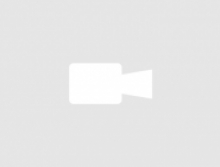 Promo video for posture challenge 1-2-3 no.3

Promo video for posture challenge 1-2-3 no.2

Promo video for posture challenge 1-2-3 no.1 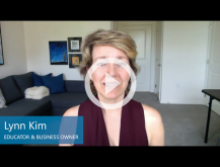 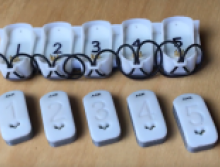 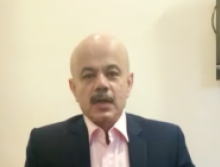 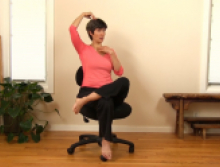 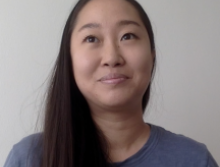 Yuri "I really recommend this course for anyone who is experiencing back pain.... 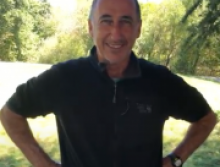 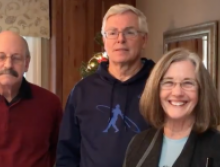 November 2019 Foundations Course "My life changed in one week!" 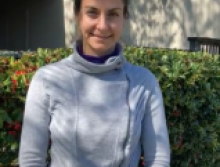 Shelley "I loved the shoulder roll!" 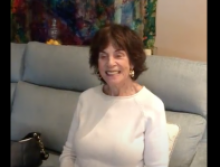 Cecily "The changes are very simple...it's so productive." 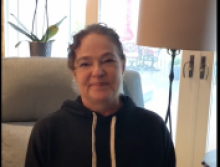 Samantha "It's given me so much confidence."
Description:

This letter will describe my experience as a client/patient/student of Esther Gokhale.  Esther has worked with me for over three years.  I contacted her on the advice of my doctor, Thomas Wisler of the Palo Alto Medical Foundation, in order to improve my posture and avoid back pain.  I am over 6'3" tall, lean, reasonably fit, and have the common problem of tall people in tending to slouch.

I have been a Research Geologist with the U.S. Geological Survey for 30 years.  This has involved a few weeks of fieldwork annually in difficult terrain but also a great deal of office time, mainly sitting at a desk.  Over 15 years ago I was diagnosed with a degenerated disk (lumbar 4-5) which caused me persistent and commonly severe pain, especially when I had to sit for extended periods such as on airplanes or driving.  The disk was removed surgically in 1992 and the pain decreased substantially but still was an everyday fact of life until I started working with Esther.  I also used to contract headaches that clearly were related to poor posture, particularly staring at a computer screen.  The training I received from Esther has greatly reduced the frequency of my headaches.  My wife and teenage son also have been to see Esther about posture and she has come to our home to evaluate chairs, tables, etc., and advise us on how to facilitate having good ergonomic conditions in our environment.  Lastly, I have referred two colleagues to Esther and they both have reported with much enthusiasm that Esther has helped them alleviate their chronic back pain.

What has Esther Gokhale developed that has been so successful?  Her approach with me was first to evaluate my standing, sitting, and walking posture.  She then showed me photographs of people from a variety of times and places around the world as examples of how to maintain healthy posture during diverse activities, emphasizing sitting and walking.  She also explained about the structure of the spine, including effects of posture on disks, and illustrated this with photographs and a skeletal model.  During the course of perhaps 4 to 6 sessions she gave me the basics of her posture philosophy.  We spent a lot of time with walking, a little with rhythm through simple dance steps, reviewed stretching exercises I had been doing, suggested different or modified exercises, practiced sitting, and worked on posture for sleep.  The last one was a phenomenal breakthrough, although remarkably simple: Esther taught me to lie down gradually, either on my back or side, while extending my spine.  This has eliminated the morning back pain that I used to experience daily.  My colleague who has been to Esther volunteered to me that this has been very beneficial for her as well.  The method of reclining epitomizes the simplicity and effectiveness of Esther's approach.  I could cite several examples of specific things she has taught me that are equally as important.  The great appeal to me of Esther's program is that she evidently has put it together from many sources based on her own keen observational skill, logical analysis, and ability to reduce elements of posture and activity (e.g., walking, bending) to fundamental principles that are simple to learn and remember.  As I recall, the intense training took place in weekly or bi-weekly sessions over a few months and the interval between sessions gradually increased.  For the past year, I have been visiting Esther at 8 to 10 week intervals for refresher sessions.  I expect to continue at about this rate.  I appreciate Esther's flexibility in allowing me to return at a modest frequency that I can sustain in the long term.

In my previous experience with physical therapists and exercise programs recommended by physicians I have not had the degree of success in correcting my posture and managing my back pain as I have had with Esther Gokhale.  Had I been trained by her long ago perhaps I could have avoided damaging my back in the first place and certainly would have been spared years of misery.  The value of her program is not simply in treating existing conditions but even more so in avoiding their onset.  I hope my son has learned some of the basic points as a teenager.  I strongly support any effort to facilitate bringing Esther's program to a broad audience and to especially young people.