Registration is closed for this event
/civicrm/event/info?reset=1&id=9700 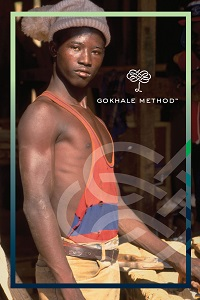 (re)-Learn Primal Posture™
The Pop-up Course is a relatively new Gokhale Method offering that is earning high praise from participants. It includes 6 hours of group instruction, a one-hour discussion over lunch, and a private 30-minute online follow-up session for each participant. All participants use our newly developed SpineTracker™ wearable to get a real-time read of the shape of their spines while learning improved ways of sitting, standing, bending, lifting, walking, and exercising. Each participant receives a pdf copy of 8 Steps to a Pain-Free Back, a live-streamed copy of our DVD Back Pain: The Primal Posture™ Solution, and a Stretchsit® cushion. The Pop-up Course is taught by two qualified Gokhale Method teachers and is limited to 20 participants to allow for plenty of hands-on coaching.

“The one-day Gokhale workshop that I attended in the spring of 2018 is perhaps the single most positive contribution to my health and well-being that I’ve made this year. Perhaps the greatest gift to myself has been the realization that I don’t have to be in pain!”

“I took a full one-day Gokhale Method class at Stanford and was very pleased with it. I started using my new knowledge right away and got quick relief from back soreness I had. I highly recommend this class to everyone, whether or not you currently have a back problem.”

Esther Gokhale (GO-clay) has been involved in integrative therapies all her life. As a young girl growing up in India, she helped her mother, a nurse, treat abandoned babies waiting to be adopted. This early interest in healing led her to study biochemistry at Harvard and Princeton and, later, acupuncture at the San Francisco School of Oriental Medicine.

After experiencing crippling back pain during her first pregnancy and unsuccessful back surgery, Gokhale began her lifelong crusade to vanquish back pain. Her studies at the Aplomb® Institute in Paris and years of research in Brazil, India, Portugal and elsewhere led her to develop the Gokhale Method, a unique, systematic approach to help people find their bodies’ way back to pain-free living.

Gokhale's book, 8 Steps to a Pain-Free Back, has sold over 200,000 copies and has been translated into ten languages. In 2010, Gokhale hosted the nationally-televised program Back Pain: The Primal Posture™ Solution (available on DVD and streaming). The Gokhale Method continues to grow as dozens of qualified teachers, each personally trained by Gokhale, now teach the method worldwide.

Gokhale has taught at corporations such as Google, IDEO, and Facebook, presented at conferences including TEDx(Stanford) and Ancestral Health Symposium, consulted for the trainers of the SF 49ers and several Stanford sports teams, and conducted workshops for physician groups at Stanford, Kaiser Permanente, Sutter Health, PAMF, and UCSF. The New York Times gave Esther the title “The Posture Guru of Silicon Valley” in 2013.

Esther Gokhale lives on Stanford University campus where she raised three children with her husband Brian White, a professor in the Math Department.

What others are saying

Benefits of learning the Gokhale Method: