Can the Venus of Willendorf Teach Us about Posture? | Gokhale Method Institute
Skip to main content
Sign up for our Positive Stance™ Newsletter
Shop Login Free Resources

Can the Venus of Willendorf Teach Us about Posture? 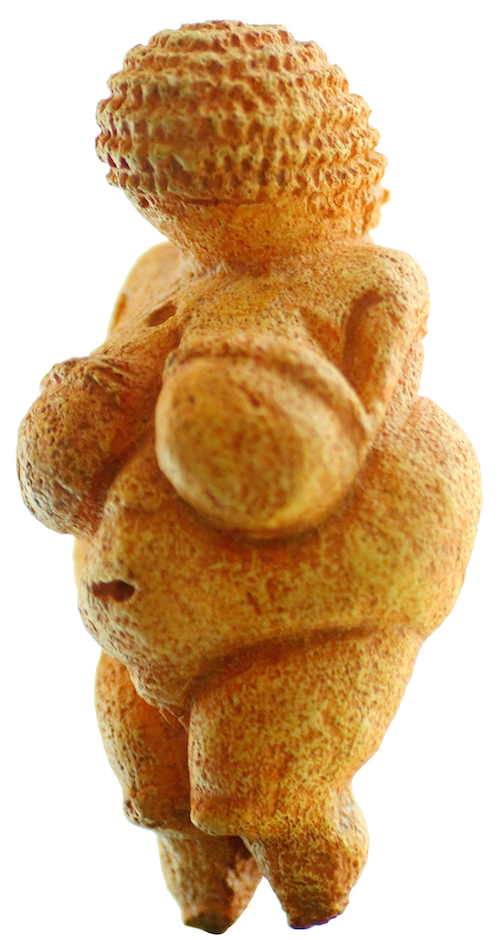 Thought to have been made around 30,000 BCE, one of the oldest and most famous prehistoric figurines is known as the Venus of Willendorf. Found in modern-day Austria, this late stone-age artifact is just over 4” high and has traces of ocher coloring. Underneath her ample flesh her pelvis is anteverted, placing her behind behind her. Original image courtesy Wikipedia user MatthiasKabel under CC-BY 2.5.

When the weather is cold and wet, or, for our students in the Southern Hemisphere, hot and dry, museums can be very agreeable places to visit. Humidity and temperature controlled as they are, museums allow you to study posture history in comfort!

A central principle of the Gokhale Method is an understanding of posture based not on theory, but on anthropological evidence. Clues about healthy posture are drawn both from contemporary populations in which back pain is rare, and also from ancestral populations. You can, of course, find historical examples of good posture as recently as in family photographs from the early twentieth century. But if you want to travel further back in time, you can look at statues from early classical Greece, or even from the Upper Paleolithic Age.

Archeologists have discovered female figurines that go back 5000 and even 30,000 years. Although these figurines come from very different times and cultures, they still speak to us across the centuries about what it is to be human, including in a postural sense. 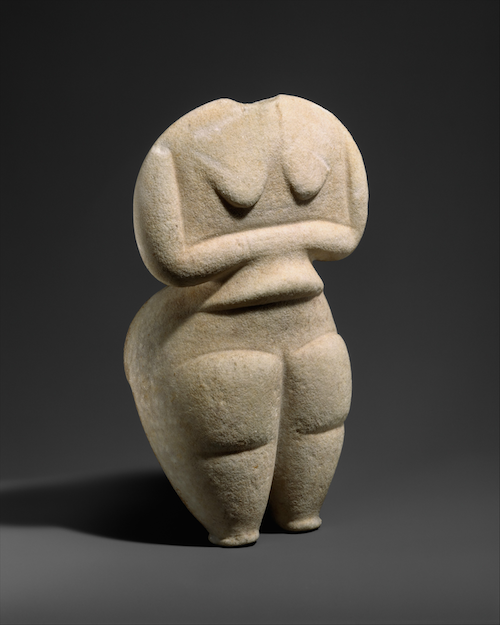 Marble Female Figure, Cycladic culture, Aegean Sea, 4500-4000 BCE, from the collection of The Metropolitan Museum of Art, New York City. Note the vertical line-up of her weight-bearing joints, as well as her substantial behind which naturally stays behind her.

Often, these ancient figurines survived for millenia because they were highly revered, and secreted deep inside caves or burial chambers. Scholars cannot be sure of the exact purpose of these figurines, but they are usually thought to be fertility figures.  Perhaps they were used as talismans to bring good luck with conception or childbirth. They may have been representations of a fertility goddess, possibly within a matriarchal culture and belief system.

The figurines are notable for their curvaceous form. There is typically an emphasis on the width of the child-bearing pelvis, ample thighs and breasts, and a fecund, fulsome belly. Like much art, they are not entirely naturalistic, but capture essential characteristics. What is striking is that early sculpture the world over portrays people with a straight spine, the behind behind, and the shoulders well back. You can see this clearly in the figurine from ancient Egypt below.

This ancient Egyptian sculpture of a seated woman at the Metropolitan Museum of Art, New York City is from the Naqada II period (3650-3300 BC). She may have served as a fertility object. Notice her well-positioned, anteverted pelvis and well-aligned, lengthened back and neck.

Another view of the Naqada II figure. Observe the absence of curvature in the upper back area. She sits on her Sitz bones, not her tail (sacrum).

Another pre-dynastic figurine from Upper Egypt, again thought to be a fertility figure due to her pregnant-looking belly. This angle also shows her relatively straight lumbar spine and her behind behind her.

These fascinating small terracotta and stone works of art pay homage to fertility and its power in a bygone age. For us, they can serve as records of human posture in a more primal era — material evidence of our true Primal Posture. We can learn these posture lessons from our ancient ancestors by employing the Gokhale Method, so that this healthy architecture can again serve us into the future.

How do these figurines strike you? Are you able to glean inspiration from these human forms from as long ago as 30,000 years?

Thanks for this wonderful

Thanks for this wonderful blog!

The Venus of Willendorf seems to me to be a kind of prehistorical teddy bear. Or perhaps teddy bears have become cuddly toys because they look like ancient fertility figurines?

I have a replica, true to size, and it fits so snugly in my hand. I picture cave people clutching such a small statue for comfort, security.

Esther, ever since I have

Esther, ever since I have known your work, I have watched out in museums and galleries for the posture of sculptures or persons in painings and taken fotos of especially striking ones. It helps me to become aware of my own posture and correct it, if necessary. Also, of course it helps when standing and walking slowly for hours in a large museum. Thank you for your beautiful text, Elisabeth

What strikes me is how the

What strikes me is how the beauty of a woman can be determined much more from posture and isn't about be skinny or follow some "only slim is good" concept.

We all can still improve our posture, regardless our genetic is more similar to Brad Pitt or Danny De Vito.

Posture work, in the way of Gokhale Method can be wiewed like a beauty treathment too.

Elongated spine and well positioned shoulders, like a nice tall neck are elements of great elegance and charm for the Ladies.

Obviously the development of glutes having the behind behind counts much more that the dimension of this side of the body.

Big up for Esther and this kind of story-related post, i love it!

I so agree with Alessio,

I so agree with Alessio, thank you for this blog.  The photos, as always, are very inspiring, as is the vision of walking as our ancestors did.

I too agree with Alessio,

I too agree with Alessio, very well said. Good posture is so attractive in both men and women so the body size or shape doesn't seem to matter as much at all. These figures have a regal and elegant quality to them. I want that very much for myself, to be able to have the beautiful birthright of our ancestors, as well as the strong and healthy aspects as well. It's such a good feeling to walk with strength and confidence and that I think makes everyone beautiful.