Prime your Spine with Primal Head-loading 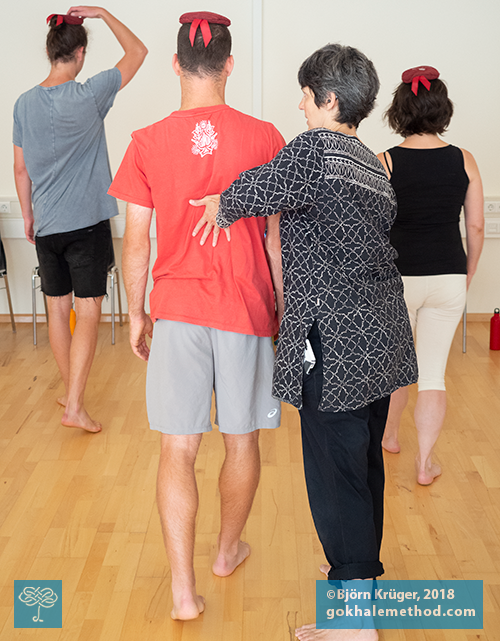 We Gokhale Method teachers love our head cushions! I find there is nothing better than head-loading, even with a light weight, to evoke a taller stance, help straighten out excessive neck curvature, and strengthen the deepest of our neck muscles.

Esther learning to head load from women in Burkina Faso

The realization that head-loading must have been a ubiquitous activity hit home in my research travels to Burkina Faso in the 1990s. I started sharing the benefits of head-loading with my students, and designed the Gokhale™ Head Cushion to make head-loading an accessible and convenient exercise.

Heads up for head-loading
I notice that for the vast majority of students, relatively little coaching evokes a clear vertical response that helps the head to glide back and the neck to lengthen. The response is semi-automatic. Most people find it much easier to find this vertical axis and upward movement of the neck with a weight on their head. And the weight cues not only the musculature of the neck to align its vertebrae well, but also the inner corset muscles, reducing sway and lengthening the lumbar spine.

Why does head-loading recruit the deep stabilizer muscles along the neck and spine so readily? What makes it so easy for our students to tap into this rather complex movement pattern, involving myriad muscles along the spine? I suspect our long anthropological history of headloading, together with the adaptive value of musculature protection against the compressive force of gravity on our spines, may explain our responsiveness to a load on the head.

Part of our primal skill set?
In the ‘90s, I was fortunate enough to take an anthropology course at Stanford University with Professor Emeritus John Rick, a researcher of hunter-gatherer societies.

As part of the course we had an afternoon workshop in stone toolmaking, or “knapping.” This was how our Stone Age ancestors used to make finely crafted arrowheads, and involves striking flints at exactly the right angle. This may sound obscure as far as skills go, but for one million years of our evolutionary history our stone “tool kit” and our Stone Age skill set did not change—an astonishing stretch in our archeological records, especially when you consider the rapidity of technological change for modern humans. 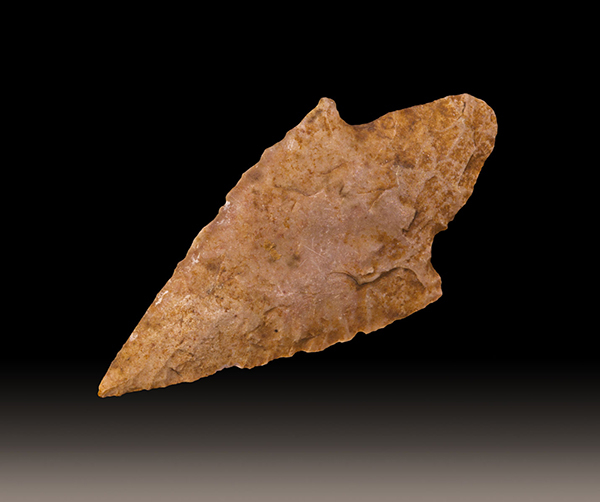 The ability to fashion a good arrowhead may go deeper than a learned skill. Wikimedia Commons

Having taught the course numerous times, Professor Rick noticed that approximately 10% of students possess an uncanny ability to acquire this skill. The technique required is not easy to work out intellectually, nor by a short period of trial and error; it seemed some people just had a knack for it, an intuitive know-how. His best guess was that these particular modern-day humans retained some vestigial DNA code—that this was a skill that had been selected for over millennia and still survives to some extent in today’s population.

My hunch is that head-loading could be similar—that we are genetically encoded to respond well to a weight on the head. In modern times we tend to think of head-loading as a distant practice done by a few women in the villages of Africa or India for fetching water and gathering firewood.

But actually, until very recently in terms of human history, head-loading was seen in every corner of the globe. Until the early 1900s it was a virtually universal way of carrying things. In the Europe of yesteryear, head-loading was widely used by agricultural workers and market porters. It’s still used in more traditional regions of Europe like Sicily and Portugal. In much of the developing world it remains notably persistent, even in the largest cities. 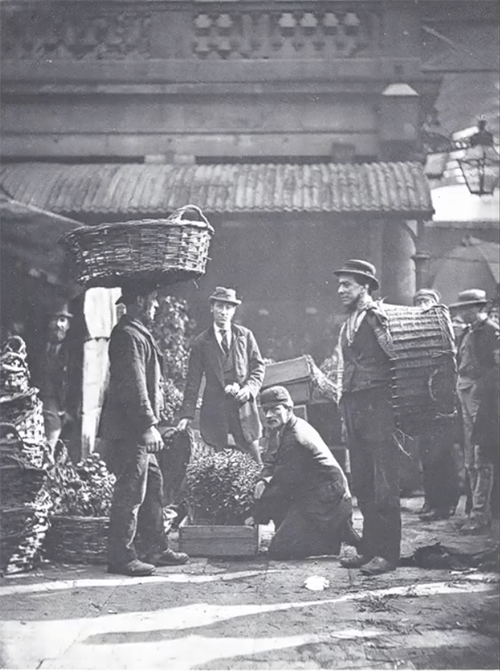 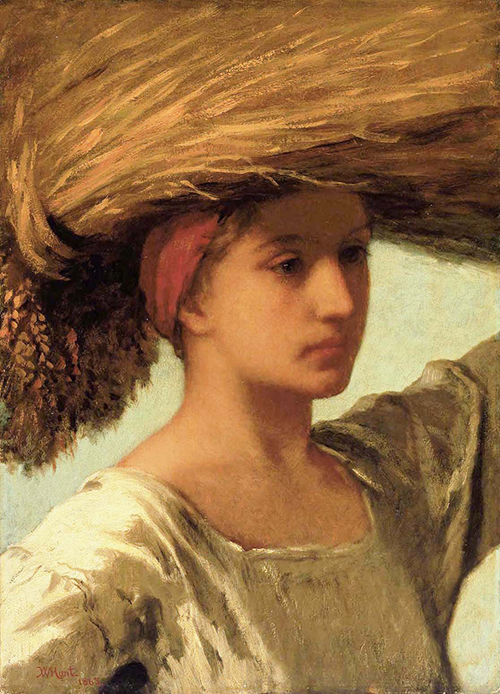 This beautiful painting illustrates a gleaner carrying her harvest bundle on her head.
The Gleaner, William Morris Hunt, 1865. Wikimedia Commons

The ultimate functional exercise
I am generally in favor of the functional approaches to exercise which have become popular in recent times. It makes sense to focus on the whole-body movements that we evolved to do and that serve us well in daily life, such as pushing, pulling, and lifting, rather than more contrived regimens and machine-based exercises.

It’s interesting that while we are perfectly adapted to carry on our heads, and used to do so, it is not included in weight training programs, nor in the functional exercise repertoire. And in spite of how well it serves our inner corset and stabilizing muscles, head-loading is not typically included in core workouts.

Why did this once universal skill pass under the radar of our homegrown fitness gurus. Two possible reasons come to mind:

It is worth noting that head-loading, combined with glidewalking, stood the test of time precisely because it is such an efficient and sustainable means of getting tasks done. Today, we tend to prefer our exercise to burn the greatest number of calories in as short a time as possible!

Getting started with head-loading
I hope you are inspired to get started with some gentle head-loading. At home you can easily improvise your load with a beanbag, or a packet of rice or salt from the cupboard. You want a weight of around 21 oz. / 600 grams. Choose a substance that will mold to the shape of your head and that is soft enough not to hurt if it falls on your feet! A plastic package will be less slippy wrapped in a hand towel and less prone to splitting if it falls. The Gokhale Head Cushion is designed to elegantly meet all these criteria. 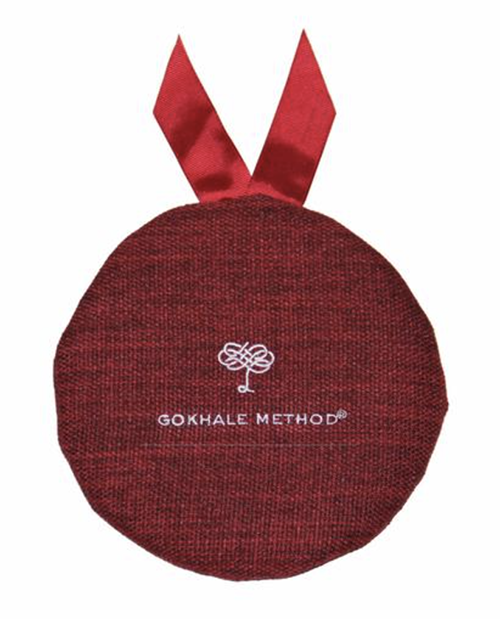 The Gokhale™ Head Cushion is specifically designed for head-loading practice.

Once equipped and ready to go, here is a video tutorial to support you:

Our Gokhale Method teachers are also available, in person and online, to give you personal coaching in neck and head placement and feedback on your efforts. Please share if and how this primal and functional activity has served you.

As a former archaeologist, I was really interested in what Professor Rick said about 10% of students being good at knapping. Is there a paper about this? I was wondering if those 10% were just good at making things in general--perhaps woodworking, knitting or other crafts, so they picked up knapping more easily than others. Were the 10% mostly men?

I don't know the answer to

I don't know the answer to any of your questions, and Prof. Rick is now retired, but I shall ask him by reachng out to him in the not-too-distant future. Need to reflect on how best to do this...

I wonder the same things as

I wonder the same things as Edwina above.

Here's a short archive film of those Covent Garden Market porters having some fun!
The champion balancer (with the pipe) moves his body better than Beyoncé!!

Up until the 80's in my home town in central Italy it was very common to see the market vendors bringing their produce to sell in large baskets carried on their heads. I was always greatly impressed. Here are two women taking their mostly empty baskets away after a market day. When they arrived in the morning with their baskets full, it was doubly impressive!
(not really sure how to post the photos. Hope you can see them!) 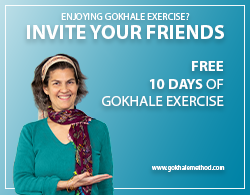 Enjoying Gokhale Exercise? Invite your friends to 10 free days of Gokhale Exercise. When they subscribe they'll get the PDF of Esther's book and you'll receive a 10% discount code for the Gokhale shop!