How to Text with Good Posture

There’s nothing inherently problematic about the activity of texting from a posture point of view. The problems arise because we have poor habits in how we hold objects in front of us, how we read, and also because what’s on our cell phones tends to be more compelling than other objects we might hold or read. 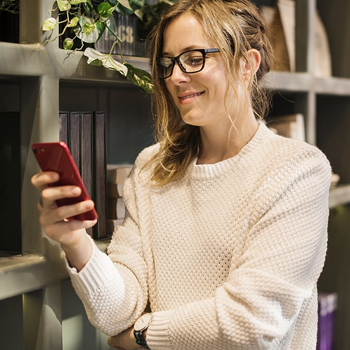 As this woman demonstrates pretty well, by holding the cell phone within her line of sight and maintaining posterior shoulders, there need be no threat to the neck, shoulders, arms, or upper back. If, however, we allow our head and neck to lean in excessively to the cell phone, break the line of our wrists, or allow our shoulders to reach forward to the cell phone, we could be inviting a plethora of health problems. These include wear and tear in the cervical discs, impingement of the cervical nerves, poor circulation to and from the arms (caused by compromised architecture in the pectoral area), and osteoarthritic changes in the upper back.

The more compelling/engaging the cell phone game or communication is, the less we are aware of the “complaints” from the various suffering tissues in our bodies.

Most people’s heads deviate from optimal positioning in some combination of 3 ways: 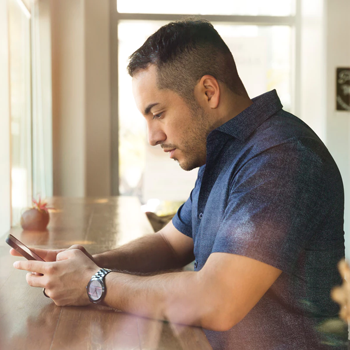 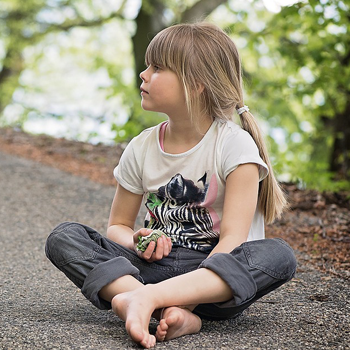 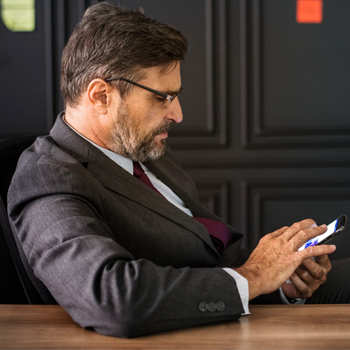 To improve each situation, you want to:

This video demonstrates how to pull your hair to gently bring your head and neck to a more neutral resting position. 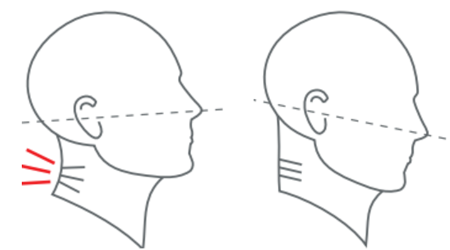 The line of sight should angle downward. 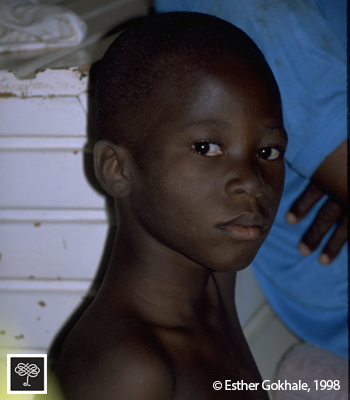 This young Burkina boy has a well-elongated neck, front and back.

It’s asking a lot to suggest that we should always hold our phones up or out, as the woman in the first picture is doing. However, that’s not necessary all the time. Our eyes have a (perhaps surprisingly) wide peripheral range. Do this exercise: Hold your phone wherever is comfortable, perhaps with your arms resting on your desk. Look straight ahead, and look down with only your eyes. Can you see your phone? If not, tilt a couple degrees. How about now? You’re likely to find that you really don’t need to tilt your head forward as much as you originally thought in order to see your phone’s screen. Look with your eyes, not your neck!

On occasions when you need to bend forward more than your lowering your eyes and tilting your head allow, bend forward (a little!) where the neck meets the torso. Be sure you elongate your neck before you do this. 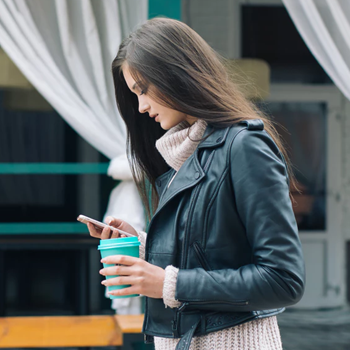 It is healthy to bend forward a little where the neck meets the torso, but do so for a limited duration, with posterior shoulders, and from a baseline of elongation in the neck as shown in this photo.

If awareness of when you tilt your head forward is a challenge for you, consider using the Gokhale Head Cushion on and off during your day. The cushion’s weight gives you feedback on the alignment of your head, and if you go tilt forward more than a few degrees, it will give you ample feedback by sliding off your head!

Dr. Hansraj, who is the Chief of Spine Surgery at New York Spine Surgery & Rehabilitation Medicine, offers this suggestion in the conclusion of his study’s paper: “While it is nearly impossible to avoid the technologies that cause these issues, individuals should make an effort to look at their phones with a neutral spine and to avoid spending hours each day hunched over.” We certainly agree!

How will you improve your form when you text?

[1] Hansraj, Kenneth, MD. Assessment of Stresses in the Cervical Spine Caused by Posture and Position of the Head. 2014. http://seguralia.com.pe/wp-content/uploads/spine-study.pdf

Excellent post!  This is something we ALL should pay attention to daily, not only with ourselves but with our family...especially children as they start using a cell phone at such a young age!

Meet beautiful and handsome transgender people from all corners of the globe here, at TransSingle.com. Join our transgender dating site community and find out how easy it is to find new friends or even date for only few clicks.

Meet beautiful and sexy trans people from the United Kingdom, at Trans Dating UK. Join our transgender dating site community and find out how easy it is to find new friends or even lovers. Trans Dating UK