Back pain from car accident 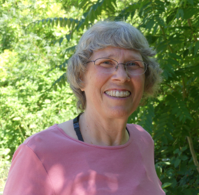 I am writing on behalf of the son of a co-worker.  He was in a car accident about two years ago.  At that point, his foot was hurting worse than his back so he went to see a podiatrist who said his back was the problem.  He was sent to a neurologist who gave him an epidural which worked.   But now he's been having terrific back pain from his neck to his foot.  It feels like electric shock.  When  he sits, he shakes from the pain.   Would you tell me if this is enough information to make an educated response as to whether or not the Gokhale method would be of help to him. If the pain is severe I would suggest returning to see the neurologist. From what you say he might not have had an MRI yet.

What we teach in the Gokhale Method could be  helpful because his posture might be putting pressure directly or indirectly on his spinal nerves. I would recommend he schedule a consultation with a teacher in his area who could assess his posture and show him some changes he could make that would help. If there is no teacher nearby, then he can do a Session via Facetime or Skype.